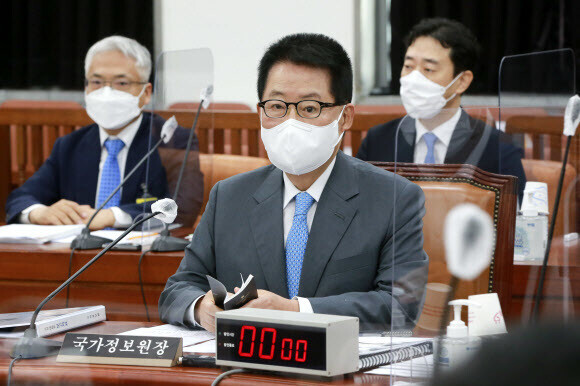 The Korea Atomic Energy Research Institute (KAERI) was exposed for 12 days to hacking attacks suspected of having been carried out by North Korea, it has been learned.

At a National Assembly Intelligence Committee meeting Thursday, the National Intelligence Service (NIS) reported a “9% increase compared with the second half of 2020 in the number of cases of damage due to state-sponsored hacking organization attacks during the first half of 2021.”

The NIS also reported on specific instances, according to Intelligence Committee secretaries Kim Byung-kee from the Democratic Party and Ha Tae-keung from the People Power Party.

“In the case of KAERI, a damage report was received on June 1 and has been under investigation since then,” Ha said.

“The incident occurred after the institution failed to carry out an NIS request to the server manager to change the password,” he added.

An investigation is also underway into another suspected North Korean hacking attack against Korea Aerospace Industries, which similarly failed to change its password.

Meanwhile, the NIS reportedly determined that North Korean leader Kim Jong-un had lost between 10 and 20 kilograms in weight but did not appear to have any health issues.

Regarding his sister, Workers’ Party of Korea Propaganda and Agitation Department Deputy Director Kim Yo-jong, the NIS reported that she was “continuing to oversee foreign affairs and national security matters, and is also actively involved in domestic affairs, appearing for first time recently on the platform talking about disease control and public livelihood issues at a WPK Politburo meeting.”

North Korea is reportedly intently focused on responding to the COVID-19 pandemic. The situation is said to be a “long-term war” against the virus, with additional surveillance checkpoints and barriers put in place to prevent illegal crossings along its border.

“They’re being so thorough that they’ve even reinforced their seawalls for fear it might get in through seawater,” Kim said.

The NIS said that “no signs of large-scale occurrence of COVID-19 or introducing of vaccines in North Korea have been detected.” It also said there was no activity to suggest that Kim Jong-un himself had been vaccinated.

A “major incident” that led to major shake-ups in the Politburo membership and other positions last month was the result of a complex mixture of factors, including a lack of preparations for the use of new sterilization infrastructure established at Uiju Airfield to prevent COVID-19, as well as delays and poor management performance in providing war reserve stocks, the NIS said.

Kim said, “With the disease control site at Uiju Airfield, they meant to repurpose an existing military airbase to use for the resumption of freight transportation between North Korea and China last April, but its operation has been delayed since then.”

“Personnel measures were taken for high-ranking officials after Kim Jong-un extensively criticized the negligence and incompetence of officials at an expanded Politburo meeting,” he said.